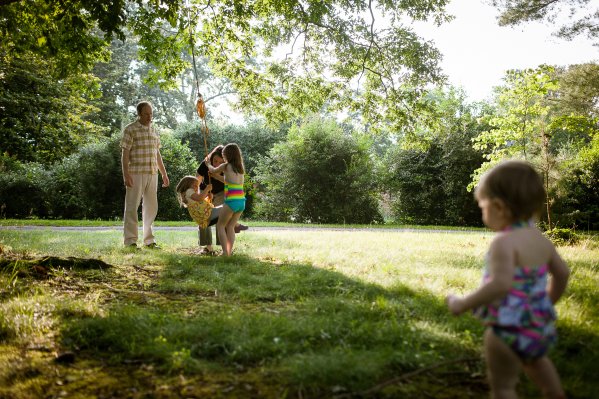 “Please, please, please can we go on the kid rides now?” Zuzu pulls at my sleeve as I push the stroller down the crowded street. Lovey warned me not to mention the option of the festival rides before we actually decided if they were ready to try this new thing. This was the sixth time she had brought it up if it were the hundredth. I suggested that we split up and I take the two older girls over to the rides to see how much they cost. I grabbed two sheets of the tickets and we headed over.

As the ferris wheel turned in front of me I grinned up suggesting we all go on it together. “No.” came the uniform chorus in response as they both turned in opposite directions heading over to the ride they wanted. The Quail eyeing the carousel, Zuzu eyeing the balloon lift. I looked back to see if the others were close and couldn’t find them in the crowd behind me. Leaning down into the girls’ excited chatter I suggested said that we could ride one while we waited for the others and then we could see if they had more tickets for a second ride. When they settled in agreement to start with the balloon lift I reached over to tap the operator on his broad shoulder. “So- 6 tickets each- do parents have to pay as well?” A curt nod as he slowed the motor told me that if they were to go it would be without me for their first ever fair-ride. I started to suggest that we wait for Daddy to bring more tickets just as he opened the gate to release the over 36 inches tall group of independent boys and girls ahead of us. Zuzu grabbed the Quail’s arm and they sprinted through the gate as I noted that indeed the Quail met the height measurement to ride alone. Zuzu in all her big-sister-helper-gloriousness shoved at the Quail’s bottom trying to push up onto the too-high bench in the blue and white ballooned bucket. The Quail seeing the actual size of the ride up close kept herself squatted down close to the ground. As the operator came to shut their gate Zuzu scurried in and the Quail looking up at the tall shadow looming over her raised her arms obediently for the official boost.

The ride set to a slow spin and both girls grinned as Sugarplum, Daddy and Cyrena took their spot by the gate to wave and watch. As I took a sip of the beer they had brought over I noticed the operator looking back at us and then across the ride and back to his controls. He stopped the ride and sauntered over to where the girl’s bucket hung in mid-air. The Quail’s screams just reaching us as I realized he had stopped the ride due to the Quail’s protests. As she looked from him to us she clamped her mouth shut. Shook her head and signed more. Her communication- brief and clear. As was his- you scream- I stop the ride. She seemed to sink back and loosen her grip on the pole holding up the plastic balloon as he switched the motor back on. This time as her little hands tightened around the pole we tried to coach Zuzu who remained nonchalant over her sister’s quick terror, to please help her- put your arm around her, comfort her, hug her, something. As the Quail’s pitch hit the high crescendo Zuzu draped one arm on her shoulders, the operator turned to look at me and I just shrugged. A full minute later the buckets lowered back to a smooth circle rhythm and the Quail’s face flipped like a switch as she let herself be pulled out by me. Zuzu ever the adrenalin junkie headed over to a row of bounce houses with a Quail quick on her heals shouting now not in terror, but in affirmation. “Me. Bounce. Me. Ride.” as we sighed, shaking our heads , quickly following behind them.