You know the ones I’m talking about. The first time you see your child, the first time they look into your eyes, the first time they tell you they love you. Well imagine the overwhelming pride and love you feel when that happens coupled by the genetic similarity of both of your children reaching it in the same way. As the parent of a child with special needs you often hear up and coming parents lamenting their fear that their child won’t know them. Will never call them Momma, won’t care for them anymore than anyone else. Well folks. I’ve said it before and I get to say it again. Your child will know you. You will have those tender moments in one form or another. And when you see your children reach it in a similar way, you’ll smile at your unexpected genetic prowess.

The milestone here I couldn’t have predicted, read about in a baby development book or dreamt of involves the first time my dears verbally recognized me as their Momma and a separate entity from them. When Zuzu was about 9 months old and dreadfully sick with an ear infection her fever shot up, as they tend too in the middle of the night. She snuffled quietly as we ran the cool tub hoping it would drop the raising temperature. The moment we set her hot little self in the cool water she shreaked out her very first “MOMMMMMAAAAAAA!” in pure unadulterated anger. 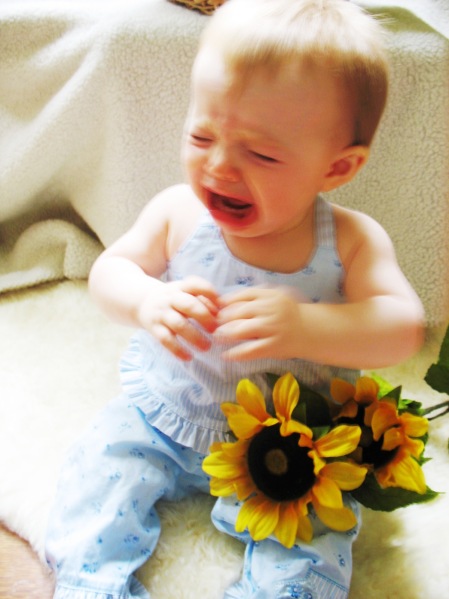 This past friday the Quail and I sat on the kitchen floor with an informal dinner that she was nearing the end of. I had a baggie that contained the 3 left-over chicken nuggets from a previous dinner. She had finished her first and I was reaching in to get the next when Zuzu sidled up and helped herself to the third nugget. The Quail hath no fury, like a woman whose stomach has been betrayed. She bellowed her newly acquired “TOPPPPPP!!!!!” and held out her palm ala crossing guard. When that ceased to make her sister return the nugget, she looked furiously at me chuckling at her outrage and turned the wrath of her palm on me and bellowed clear as day: 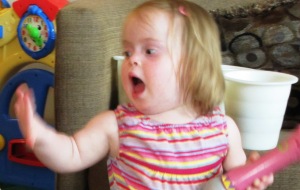 Yes. your children will know you. And despise you.

2 thoughts on “Mommaday: those tenderhearted milestones”